The Tikvah/AJMI Board of Directors is comprised of a talented group of individuals who bring many strengths to the organization. They are stewards of the organization’s strategic plan and insure its implementation. They are committed to moving the mission forward and serving its members in the Greater Delaware Valley.

Neen Davis is passionate about helping those with a serious mental illness and their families. She has dedicated her time and talents to this cause the past fifteen years when her son, Ben, first became diagnosed with Schizophrenia.

As past President of NAMI Montgomery County PA (National Alliance on Mental Illness), a current board member of NAMI Montgomery County PA (for the past 15 years), and a current board member of NAMI Keystone PA, Neen is not only familiar with the needs of the mental health community, but has a keen understanding of the importance to advocate for those with the lived experience and their families.

Neen graduated from Rutgers University with a Bachelor of Science and then received her Masters in Education from Tufts University. Neen is a member of Congregation Beth Or in Maple Glen, PA. Neen has two children. Ben is 38 years old and is Neen’s hero. Rachel is her amazing daughter who is married to Joel. They are the parents of Neen’s four gorgeous grandchildren.

Marissa was born in raised in Philadelphia by a family that instilled in her the importance of serving the community. She grew up attending Tikvah AJMI events with a family member which sparked her love for & involvement in the organization. She studied biology at Saint Joseph’s University where she earned her Bachelor of Science. She continued on to earn a Master of Science in education from Drexel University. Throughout her studies at Drexel, Marissa worked as the Program Director at Tikvah AJMI.

Currently, Marissa is teaching biology to the students at Benjamin Franklin High School. In addition to sitting on the Tikvah AJMI Board of Directors as vice chair, she is the BFHS cheerleading coach & teaches cycling classes at City Fitness Philadelphia to provide mental & physical health to its members.

Michael Solomon is a graduate of Villanova University with a BA in Liberal Arts.  He has been involved with Tikvah since its beginning.

Michael currently serves as a Co-President of the members of Tikvah.  He enjoys serving on the board of directors and its committees. He has been happily married to his wife Judy Weinberger for over ten years.

He is proud to be a member of Tikvah and serve on its board.  Michael is also a member of Nami (the National Alliance on Mental Illness).

Ross is a graduate of Stony Brook University with a BA in Sociology, and of Temple University’s Fox School of Business with a Master’s degree in Healthcare Management. Ross has worked in the healthcare field for 10 years in both the health system and management consulting settings. In his current role, Ross works with hospital and health system leadership teams on a wide-range of strategic, financial, and business planning matters.
Mental health advocacy is something that Ross and his family have always believed strongly in, with his late mother serving in both social work and executive director roles at mental health organizations throughout her career, and with his family dedicating their time and support to organizations serving those with mental illness.
Ross is thrilled to serve in the role of Treasurer, and looks forward to seeing the organization support our members while continuing to grow and prosper.

Rabbi Ephraim Levin is the Director of the Lubavitch House at Penn since 1990 and Assistant Director of Jewish Heritage Programs. Ephraim is associated with the Office of the Chaplain at Penn and advises the student active listening club, Cogwell. Ephraim has been the rabbinical advisor and a board member of Tikvah since 1992. He is also a chaplain at the VA Community Living Center in University City.

Ephraim received  a BA  in Religious Studies from the Rabbinical College of America, a rabbinical degree from Lubavitch Yeshiva in Brooklyn, in 1989 and a B.S. in Psychology from Georgetown in 1981. Ephraim and his wife, Flora, have five children and currently live in Wynnewood.

Laurie has been involved with Tikvah/AJMI since 1998 first as a Board Member, later as Vice President and now Secretary. She is also President of JEVS/Tikvah Residence.

Laurie graduated from Albert Einstein Medical Center School of Nursing in 1958. She worked at Beth Israel Hospital in Boston, later in Reading at Community General Hospital, and later as Head Nurse in the Rehabilitation Unit of the former Rolling Hill Hospital in Elkins Park. She got her Bachelor of Science degree in Nursing from Philadelphia College of Textile and Science. She then became a Care Coordinator at Independence Blue Cross and retired in 2009.

Laurie and her husband Steve live in Ann’s Choice in Warminster PA where she remains involved in many activities.

Eileen got her B.A. in Psychology & Sociology from Widener University in 1975, and her M.S. in Mental Health Program Evaluation from Drexel University in 1978. She is a certified psychiatric rehabilitation practitioner and is the President and CEO or CareLink Community Support Services in Eddystone, PA.

Steve Markind has been involved with Tikvah since 1997. Steve has enjoyed being on the Board of Directors and is Co-President of the members of Tikvah. He is a graduate of Penn State University and majored in Business Administration.

Steve currently lives in Drexel Hill. Michael Solomon, another member, helped introduce him to Tikvah. Steve is very happy he’s a part of this organization.

Mia Marcovici MD , Board Certified Psychiatrist by The American Board Of Psychiatry and Neurology.

In 2006, together with her late husband Martin Marcovici MD, had the privilege to receive the Righteous Person Award from Tikvah/AJMI.

In 2002 she received The Public Servant Award Of The Year from The Pennsylvania National Alliance of the Mentally Ill, NAMI.

Dr. Real returned to Horizon House last year to serve as its Medical Director, and as Director of the Public Psychiatry Fellowship of the University of Pennsylvania’s Department of Psychiatry, after three years as the Chief Medical Officer for Philadelphia’s Department of Behavioral Health and Intellectual disability Services (DBHIDS).  He spent most of his career at the Belmont Center, formerly known as the Philadelphia Psychiatric Center, where he served in several leadership positions, including Medical Director from 1997 to 2010.

He is a past president of both the Philadelphia and Pennsylvania Psychiatric Societies, and a Lifetime Distinguished Fellow of the American Psychiatric Association. Dr. Real has been honored by his peers, by family advocates,  and by consumer groups for his career-long dedication to public service psychiatry, family advocacy and the recovery movement,  including receiving the Righteous Person Award from TIKVAH/Advocates for the Jewish Mentally Ill in 2011, the Southeastern Pennsylvania Mental Health Association’s  2012 Bell of Hope Award, several Exemplary Psychiatrist Awards from local,  state and national NAMI, and the Paul J. Fink Leadership Award from the Philadelphia Psychiatric Society in 2017.

Biography of Robert Singer—Tikvah member since 1992, and AJMI board member for about 5 years. I am a Temple University graduate with a Biology degree that took 20 years to get, (because I eventually got put on atypical anti-psychotics). I go to most events and have many friends through Tikvah. I am a NAMI member where I was trained to do In Our Own Voice and I facilitate a NAMI Connections group. I have had many jobs through the years but my longest was at PEP Boys where I worked at the Parts counter for 3 years. The events I most enjoy are the Tikvah events that involve Artreach.

“Ah, but a man’s reach should exceed his grasp, Or what’s a heaven for?”  – Robert Browning

Alana Hilsey is the Executive Director of Tikvah/AJMI and is thrilled to be entrusted with this new role. Alana has been involved with Tikvah since 2018 as part of the Brunch Committee as well as hosting the Main Line dinners once a month. Alana first became involved with this wonderful organization due to her passion for mental health advocacy and working to end the stigma associated with mental health issues.

Alana earned her bachelor’s degree from Saint Joseph’s University where she studied sociology and psychology. She went on to earn her master’s degree in Mental Health Counseling from the Philadelphia College of Osteopathic Medicine. Alana has previously worked as a clinical counselor, providing individual therapy to those in need of support. Alana currently resides in Northern Liberties, Philadelphia. In her free time, she enjoys spending time with her family members and close friends.

We reduce isolation, increase independence,  and provide social opportunities. Get in touch with us or consider donating today. 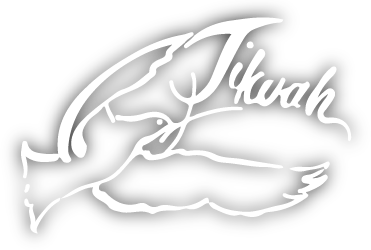